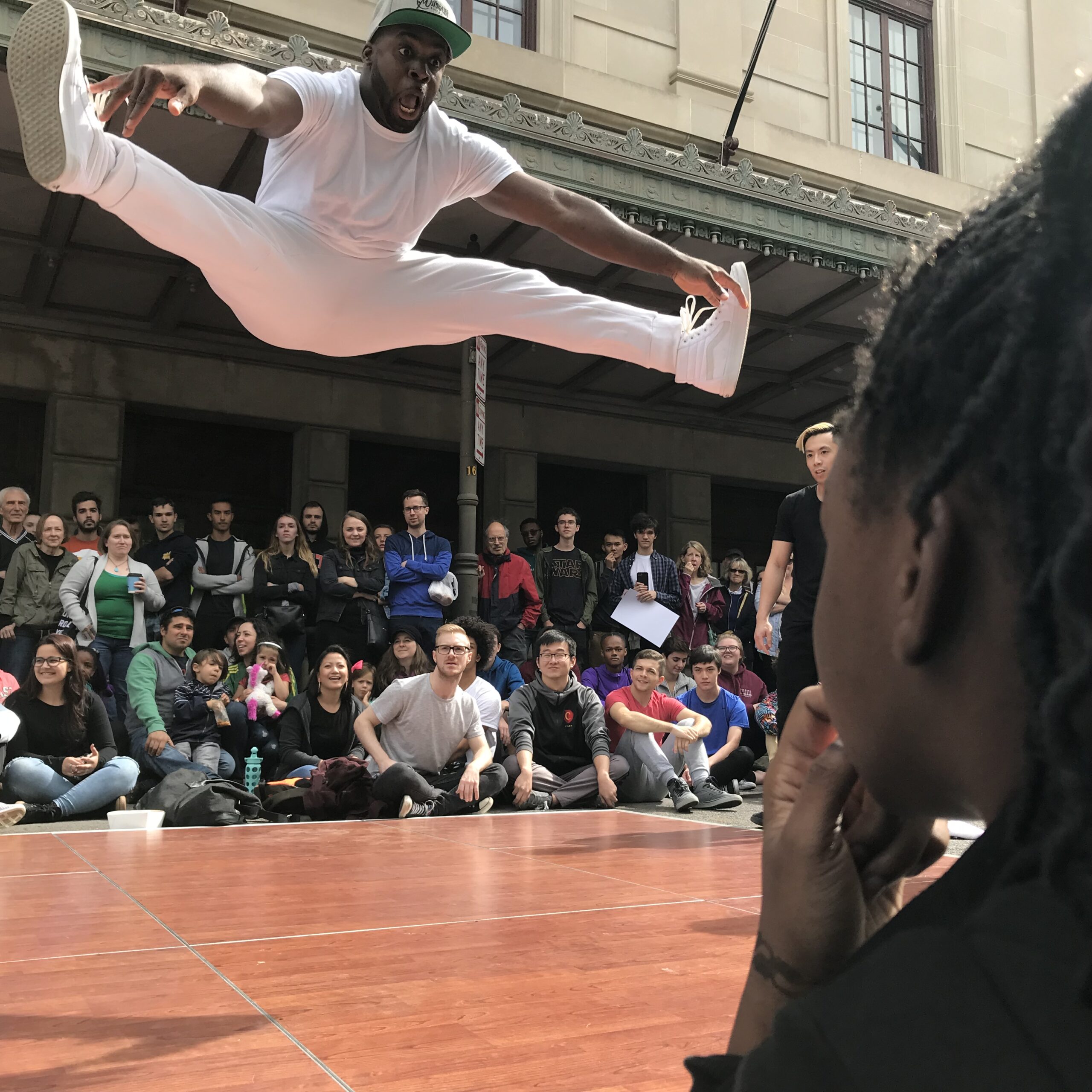 I am a Foreigner to Hip Hop

I was not born into Hip Hop Culture. My journey with music started in Jamaica. Though I was exposed to Hip Hop at about 6 or 7 years old, I was still about Reggae/Dancehall and R&B. Then as I got older I started hearing dancehall artist collaborate with rap/hip hop (like Heavy D & Super Cat ‘Dem nuh worry we’) artist and it made me curious. From a foreigner’s perspective and television I honestly thought only ‘gangsters’ rap. So I had a serious level of ignorance when it came to rap music being a foreigner.

I came to the states at 12 years old and I still didn’t like rap music. I thought it was all about violence and cussing, so I stuck to my smooth rhythm & blues and dancehall like: Buju Banton, Garnet Silk, Beenie Man, Capelton, and Bounty Killa. Then I realized Rap and Dancehall were very similar in their journey.

However at 14 years old my cousin Vinroy had a Hip Hop CD collection that blew my mind. He had early Jay-Z, early Nas, N.O.R.E, LLcoolj, Erik B & Rakim, Big Pun, Biggie, Method Man, Redman. WUTANG, OutKast. He would open up his big ass multi CD holder with the laminate 3 cd holder pages and listen to his CDs for hours. I thought he was crazy. I would look at him like…dude what are you listening to and what are you doing to your brain?? Then he said L-boogie’s new album got leaked. I was like what? Who would name themselves Boogie, like a booger? He said “Naahhh Lauryn Hill from the Fug…” Before he could finish I said “naaaahh she is a singer and she is apart of Refugees.” He responded by saying, “Naah listen, she raps and she’s nice.” He gave me his sweaty headphones and everything changed after that moment.

At that time the LL/Cannibus battle was in full effect so the war on words, flows, metaphors, punchlines, delivery mechanisms etc made me dive even deeper because I was a fan of poetry and wordsmitting. That’s when my love for Hip Hop began.

So coming from someone who is from a completely different country who thought rap was only ‘gangsta music’ for gangstas, I am completely fell in love with the expression of self and developing a voice that endured pain, the struggle of systematic oppression, and the reduction of people of color. It is our way of pouring pride within ourselves just like dancehall music.

Hip Hop was not my first dance language but I fell in love with it because someone close to me shared his love for Hip Hop. Now I speak the language of the music because I understand it but I haven’t forgotten my roots. It just made me appreciate them separately as well as together.

So I would say I was lucky and then intentional about learning about the history of the music as well as the movement. I would not want it any other way. I am still a dancehall/R&B/soul guy first but Hip Hop is also strong within the musical marination of my youth. Hence, why I’m so invested now. It’s a lifestyle once you truly understand it. So I employ you to confront your journey with Hip hop dance and culture in order to pay proper respect to its pioneers. Especially if you are entertained by the music and love to move to it.